Paying it Forward in the Recovery Community

The idea of giving back is ubiquitous in the recovery community. In fact, many see the act of helping others with substance use and mental health issues as an essential hallmark of the recovery process. But before a person can start contributing to the recovery of another, they must first find their way to recovery themselves.

For 22 year old Eduardo Tirado, this came relatively early in life. He started drinking at 13, and had been in and out of juvenile hall, jail and a treatment center by the age of 18.

“I feel like my life started falling apart as soon as my addiction had its grip on me, and I couldn’t do anything about it,” said Eduardo.

Between treatment and jail stays, his path to graduating high school was more difficult than most. The day before his graduation, he was arrested and his family never got to see him walk the stage. Many in recovery say that their drive to help others stems from their desire to “make up for” the times they let people down throughout the course of their addiction.

He was able to enter treatment once again at age 18 and emerged sober at 19. His clean date is July 4, 2013. He believes God placed certain people in his life to help facilitate his recovery and he has now committed himself to helping others recover.

No one recovers alone, and having other people who are involved in the recovery process builds a community for many who feel lost without the context of their substance use or mental health issues.

Christopher Herrera, now nine months sober, was in just this position when he was receiving treatment at Project Ninety in San Mateo County. Christopher started drinking at the age of 16. The substance use continued after high school when Chris was feeling lost, like so many young adults do. He attempted to self-medicate his anxiety, depression and PTSD by using substances, but it only seemed to make his problems worse. As he grew older, his settings and circumstances changed, but drinking remained a constant. 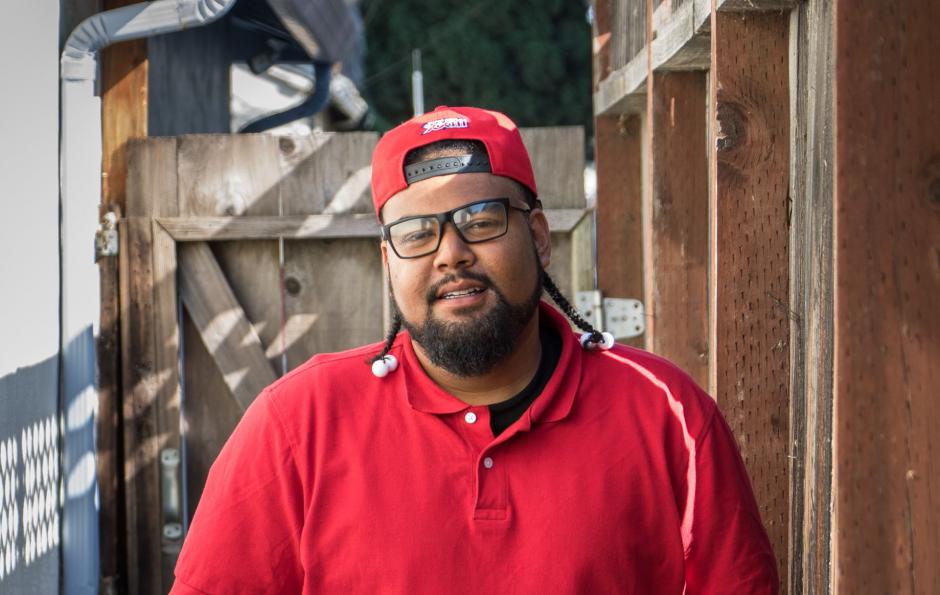 Christopher did not wake up on the morning of November 18, 2016 thinking it would be the beginning of his recovery, but after a tough afternoon and some research online, he entered detox at Horizon Services Palm Avenue Detox that evening. He later completed the Project 90 program.

At first hesitant to get too close to the other clients and alumni in his program, Christopher soon realized that these were the people who were essential to his recovery. Hearing stories from people he could relate to made all the difference for him. If they could do it then so could he.

Christopher hasn’t forgotten the kind gestures of the clients, counselors and alumni he met through treatment. Now he returns to Project 90 for visits and does what he can to pay it forward to his peers who are just beginning their recovery journey.

An important part of successful recovery is for clients to find treatment that works for them. When they share how they came to their recovery strategy, it helps others make thoughtful decisions about their own treatment.

Christopher took an integrated approach to treatment, utilizing both therapy and medicated assisted treatment with the drug, Vivitrol to aid in his recovery. He compares the relationship between medication and therapy to that of exercise and eating right, saying that in his experience, the best results come from combining the two.

For the past three years Eduardo has been working at Voices of Recovery San Mateo in peer-to-peer support services. He is one of five advanced Wellness Recovery Action Plan (WRAP) facilitators at the center. He gets a deep satisfaction from helping others and is glad to be a positive force in a community where he was once a destructive one.

He recalled one client who had just come from a jail stay and was asking for directions to one of the facilities he was referred to. Eduardo could have given him directions and wished him luck, but he took the time to personally walk the client over to his appointment. After experiencing the loneliness of addiction, he does what he can to connect with clients on a human level.

Members of the recovery community do not always choose to give back in an official counseling capacity. One of the most courageous ways people give back to the recovery community is by simply telling their story. Although for most, this is anything but simple. In sharing these stories, people must often relive some of the darkest and painful moments of their lives. This can be especially difficult for people like Christopher, who consider themselves to be shy. So why do they do it?

Christopher, who is African American and Filipino, had to deal with the added difficulty of being a part of two cultures which he says tend to sweep mental health issues under the rug. Now he is particularly interested in using his voice to help reduce stigma about mental health issues in minority communities.

“I never turn down a chance to be of service,” said Christopher. “I think that’s a huge part of recovery. It really is.”

Recovery stories give hope to people who are struggling to find a way out of their substance use and mental health issues. For Christopher, that hope far outweighs any nerves or discomfort he feels talking to strangers or in front of crowds.

The hope that continues to cycle through the recovery community is an incredibly powerful force. At the end of the day, what keeps so many people in recovery going is their unique ability to, as Eduardo put it, “shine a little light into the darkness of addiction.”

Be sure to check out Eduardo and Christopher’s full stories on our Facebook page this month.