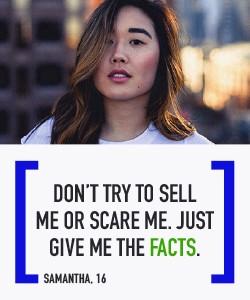 [Cannabis]Decoded (cannabisdecoded.org) is a San Mateo County marijuana education campaign for youth launched in 2018 by the BHRS Alcohol and Other Drug (AOD) Prevention Program.  The campaign, guided by members of the San Mateo County Youth Commission, focuses on providing youth and adult allies with the knowledge they need to make informed decisions about cannabis use. Messages were developed and posted on Instagram with links to the cannabis-decoded website developed specifically to provide additional information about the impacts of cannabis use.

In partnership with other jurisdictions around the San Francisco Bay Area, San Mateo County commissioned a survey of parents and teens during December 2018-January 2019 to establish the baseline measures on the knowledge, perceptions and use of cannabis. 788 parents and youth participated in the survey (502 parents and 286 teens and young adults). The AOD Prevention Program intends to use the findings to support an education campaign that targets specific groups with content to advance our prevention efforts in San Mateo County. 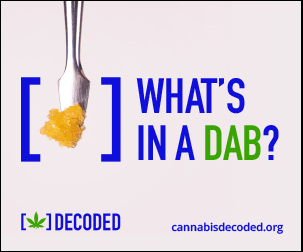 Based on the findings, the Cannabis Decoded campaign will use additional funds from the California Department of Health Care Services to expand the campaign into additional platforms. New messages are being developed to address the gaps in knowledge identified by the survey. Education presentations aimed at youth and parents will be updated to look at specific segments of the community and provide the information they need to help youth understand the impacts of cannabis use. A “low perception of risk by youth and adults,” and “parents not being concerned if their teen uses cannabis” are important predictors of whether youth will use cannabis. Future education efforts need to focus on educating both youth and their parents about the impacts of cannabis use on health and academic outcomes.

The survey also points to the importance of engaging parents in the effort to address their child’s use of cannabis. Data shows that Asian parents are more concerned about potential risks, less apt to have tried cannabis, and are more concerned if their teen tried cannabis, which correlates to Asian teens reporting being concerned about the potential risks of cannabis use and less likely to try cannabis. This points to the significant influence that parent perceptions and behaviors have on youth perception and use. Also, the  data shows that parents who have used cannabis are less concerned about potential harm or their teen using cannabis, which points to the need to ensure that parents understand the difference in the potency of current cannabis products in comparison to the cannabis  they  may have used when they were young.

In response to the survey results,  the AOD Prevention Program will be adapting educational outreach strategies and incorporating the information gained from the survey. In addition to having paid messages online and through social media sites most frequently used by youth, we are developing a campaign that will reach youth through several different platforms that convey the AOD prevention message. Look to see future messages on billboards, sidewalks, on posters as well as the social media and other online platforms used by youth in San Mateo County.