From the Director’s Desk 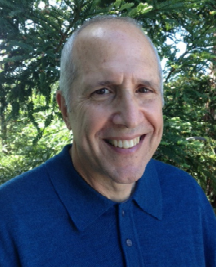 A Right or A Privilege? Since the last edition of Wellness Matters we have celebrated May as Mental Health Month and June as Pride Celebration Month. We’ve also seen the historic opening of the Pride Center in San Mateo County. While these uplifting celebratory events happened there were also ominous developments in Washington D.C. As much as I would like to write about the former and what they mean to our community I am compelled to write about the latter.

First the bad news: the Senate developed a health “repeal and replace” bill, the Better Care Reconciliation Act, (BCRA), that in the opinion of many health care experts is in fact “meaner” than the House version. The temporary good news is that the July 4th recess came at just the right time causing at least a delay in finalizing the Senate’s version.

I want to share some of the key provisions of the BCRA and why for those living with mental health and substance use challenges, providers and advocates should be seriously concerned and motivated to speak up and speak out.

According to the Congressional Budget Office 21-22 million Americans will lose health coverage under this proposal.

By 2020 the entire Medicaid Expansion will be rolled back including a 35—40% reduction in federal support for the traditional Medicaid program over the next two decades.

States would be able to easily waive essential health benefits (EHB) that have been required under the Affordable Care Act. A recent Kaiser Family Foundation analysis notes that the EHBs most likely to be eliminated are maternity care, inpatient/outpatient substance abuse treatment and inpatient/outpatient mental health treatment. Although the ACA is not perfect and requires continued examination and improvement, the legislation proposed by the Senate and House would reignite and accelerate the trends that launched health reform a decade ago: continued lack of access to primary care, cost shifting to hospitals and states, expensive and excessive incarceration of treatable individuals, inadequate access and reimbursement to behavioral health treatment, declining life expectancy among lower income people and much more.