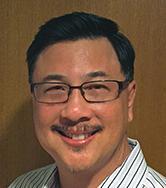 As healthcare professionals dedicated to preventing and treating mental health and substance use conditions, we have strong concerns with the policy of separating children from their parents or caregivers as they attempt to seek asylum in the United States. There are more humane methods for detaining families that may have entered the country unlawfully, but under international and U.S. law, have a right to due process in obtaining asylum.

There are decades of research to show that children separated from their parents can suffer significant emotional distress, resulting in anxiety and depression, loss of appetite, sleep disturbance, withdrawal, aggressive behavior and decline in educational achievement. The longer a child is forcefully kept apart from their parent, the greater the child’s symptoms and effect on long-term emotional and neurological development.

The impact of trauma, such as a sudden and prolonged separation, can threaten the emotional, cognitive and physical health of both children and their parents.

As older adolescents and into adulthood, they are at much higher risk of developing chronic anxiety and mood disorders, substance use disorders and relationship difficulties. A well known Kaiser study of 17,000 patients demonstrated that adults exposed to trauma when young were much more likely to have chronic medical conditions, including cardiovascular disease, hypertension, obesity, higher rates of cancer and decreased life span.

Children and families seeking asylum at our southern border have already been exposed to significant stress and trauma. The conditions that led them to leave their homes were horrendous, including  sexual or physical abuse, gang violence and political persecution and murder. For the children, the migration itself exposed them to dangerous travel, day and night in extreme temperatures; lack of food and water; sleep deprivation and constant fear of violence, kidnapping or worse.

Once in our country, without their primary attachment figure to provide a sense of safety and comfort, a child’s distress level is much higher, and they are at much greater risk of developing emotional symptoms that result in long-term damage.

The American Academy of Pediatrics, the American College of Physicians, the American Psychiatric Association and American Psychological Association have all issued statements against this policy. Nearly 7,700 mental-health professionals and 142 organizations have signed a petition urging a stop to the separation of families. While there have been recent amendments to the specific policy, it does not go far enough to ensure children’s welfare will be protected, and it does not address the more than 2,700 forced child-parent separations that have already occurred.

There is no rationale for the inhumane implementation of the policies that have been imposed. Even if the argument that aggressive measures will act as a deterrent were true – there is no evidence to support this contention – as a society we must decide if knowingly causing harm to innocent children is justified.

As public health officials we are calling for all of our community health partners to ensure appropriate resources for:

We appreciate that our Board of Supervisors has dedicated significant resources toward a deportation legal defense fund to support immigrants in San Mateo County. We hope our leadership at all levels of government can develop policies that consider what we know about the long-term psychological effects of separation on children and their families.