Starting Over with Assisted Outpatient Treatment 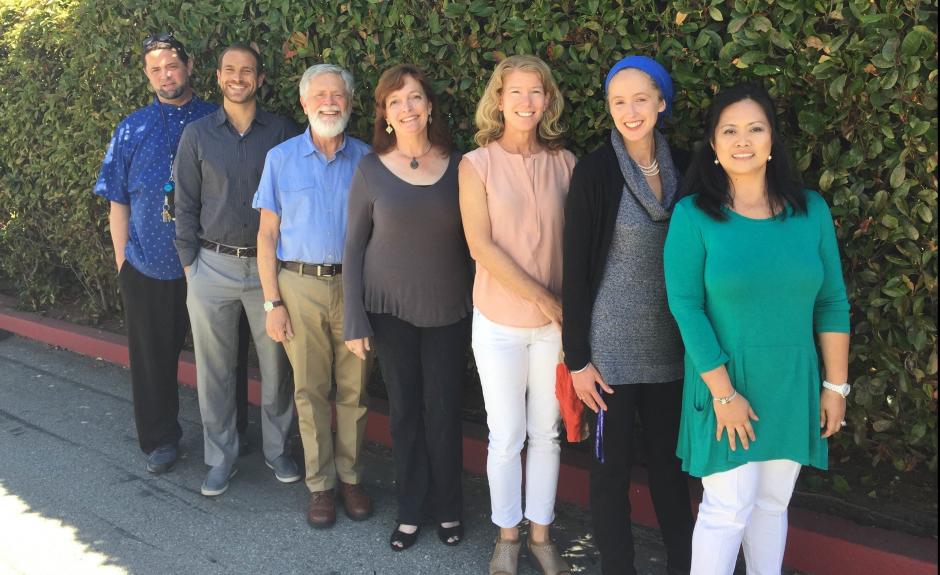 In his late twenties and early thirties Miles lived part of his life on the streets, cycling through shelters, hospitals and court rooms. Years of intense drug use, which started at the young age of 11, had taken its toll on his body and mind, leaving him feeling clouded and lost.

He moved to San Mateo County hoping for a change of pace, but his mental health issues proved to be a barrier to his well-being and ability to live a successful, independent life. What started as a no sit, no lie law ticket in San Francisco, snowballed into a cycle of court cases and homelessness that Miles could not find his way out of on his own.

As a Christian, Miles would often go to church, seeking compassion, forgiveness and help. While he did receive some help in the form of food, and occasionally some clothing or money, more often than not, people would call the police, resulting in an arrest or a trip to the emergency room.

“I couldn’t get the help I needed,” said Miles. The fines and ambulance/hospital fees created additional stress, which was difficult to manage on top of his illness. Resistant to receiving treatment and eager to leave the hospital, Miles wasn’t able to get the kind of help he needed to break out of the vicious cycle of homelessness and hopelessness.

One afternoon, after being kicked out of a church, a churchgoer stepped outside to see if Miles was okay. He explained that he was a doctor, and encouraged him to seek help, but Miles was in no state to get help for himself.

His untreated mental illness continued to manifest in confusion and outbursts, which were met with fear from the people around him.

“I couldn’t even sleep at night without jumping out of my sleep,” he said.

Miles was kicked out of multiple shelters and his cycle of homelessness continued for years while lost in his illness - which led to frequent encounters with law enforcement.

He continued the cycle of homelessness for years. Without a home of his own to retreat to, and feeling unwelcome in most public spaces, Miles was often left with nothing to do but walk, so he kept walking….and walking…and walking. He spent the better part of those years walking, trapped in an illness he was unable to communicate to the people around him.

Today, countless individuals find themselves trapped in this state, too ill to clearly make out the path that they are walking – let alone pivot onto one of recovery.

That’s where the AOT team comes into play. With a referral, usually from law enforcement, a medical professional, or a family member, the AOT team reaches out to an individual in need of help and offers them a way out.

The program is geared towards a specific, challenging population which often slips through the cracks and has been resistant to accepting treatment. Anosognosia, or lack of insight, occurs in many clients with a serious mental illness and renders them unable to recognize the fact that they are ill. Most clients are hesitant to accept treatment for a condition they do not believe they have.

A person is eligible for AOT if they are 18 years or older and a resident of San Mateo County with a serious mental illness that causes them to be unlikely to survive safely in the community without supervision. Additionally, the person’s mental illness must have either resulted in psychiatric hospitalization or incarceration, or threats or acts of violent behavior towards themselves or others. Visit the Assisted Outpatient Treatment webpage for a full list of criteria.

After assessing whether a client meets criteria for assisted outpatient treatment, the AOT team works on engaging the client, by creating a relationship of trust and understanding in order to help them engage with needed services. This process could take hours, or it could take months. Each case is unique.

Most clients, like Miles, eventually choose to accept treatment sometime during the engagement process. For those who need treatment but remain unwilling or unable to accept it voluntarily, a court can be petitioned and after a hearing, a judge is able to court order that individual into treatment.

Assisted Outpatient Treatment has proved successful in many counties throughout California, thanks to the adoption of Laura’s Law, which allows for court-ordered treatment under very specific circumstances.

Like so many others who have experienced mental health issues, recovery came to Miles in an unexpected way.

After another incident at a church, Miles was arrested and taken to Cordilleras under a temporary conservatorship. Upon arrival, he was pleasantly surprised to find that his doctor, Dr. Quanbeck, was the same man who kindly encouraged him to seek help that afternoon at the church.

At first he was hesitant to accept treatment, but he felt that the staff at Cordilleras really listened to him. They gave him a bible so he could continue to practice his religion during his stay and explained the need for treatment in terms he could really understand.

Dr. Quanbeck is often able to put his clients at ease when he explains that their mental health conditions are not their fault, but a result of inflammation in the brain, which can be treated with medication. Explaining the biology behind serious mental illness helps to alleviate some of the stigma.

Together, Dr. Quanbeck and the Assisted Outpatient Treatment Team explained to Miles that they could connect him to Full Service Partnership (FSP) services that would help him move his life forward.

Full service partnerships provide comprehensive, intensive services to individuals living with a serious mental illness. These services include mental health treatment; housing, employment and transportation help; case management and more – everything an individual needs to give recovery a real shot.

Accepting these services is a big step that people often don’t feel ready for right away. At first Miles refused. Two weeks later, he reconsidered and decided to accept the services. Now he’s incredibly thankful he did.

Caminar, one of the county’s FSP providers, provided him with housing and behavioral health services. They even arranged for him to stay in hotel rooms when he was kicked out of shelters. It was a kindness and support that Miles hadn’t experienced in years.

After he got off the streets, things really fell into place. He found work as a warehouse manager, a job he kept for over a year. He credits Caminar with his ability to hold down a job.

“I wouldn’t have been able to work if it wasn’t for them,” said Miles. “You can’t just get a job while sleeping on the sidewalk. I tried it and it’s very, very difficult.”

A few years ago, Miles felt entirely alone with no place to go. Today, he has a support system, which includes his coworkers, the friends who embraced him at a church he recently joined, the staff at Caminar and the AOT team.

Miles has since reconnected with the family he was estranged from while he was ill. He is enjoying working as an executive assistant at a window treatment company. He has transitioned from living in a motel into supportive housing. He hopes others who experience mental illness can accept and benefit from the help that the AOT team and Caminar FSP has provided him.

He no longer needs the support of a full-service partnership, but knows the folks at Caminar and BHRS AOT will be there for him if he ever needs help.

Our AOT team is here to help partner with clients and provide the care they need. If someone you love needs help, call 650-372-6125 or email AOT@smcgov.org and let us know how we can help.  Learn more about AOT at www.smchealth.org/AOT.